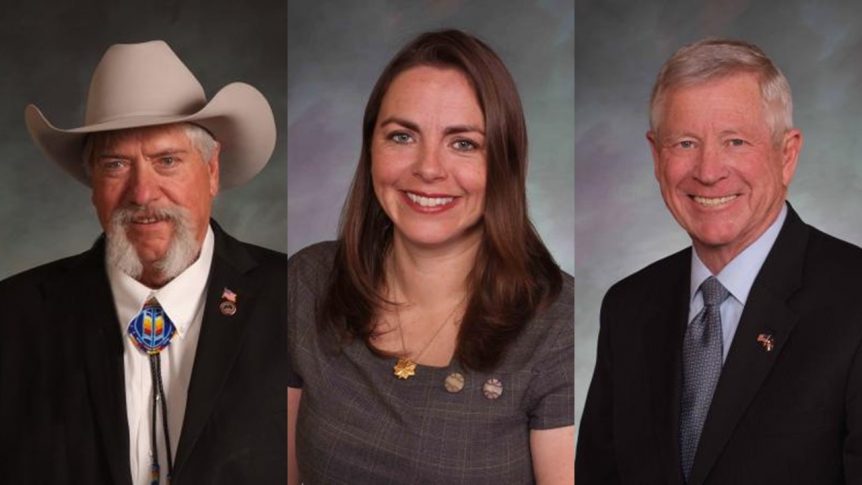 DENVER, COLORADO – The Colorado Search and Rescue Association (CSAR) would like to thank departing Colorado State Senators Kerry Donovan and Bob Rankin and Representative Perry Will for their outstanding support of backcountry search and rescue (BSAR) efforts in recent years.

All three legislators sponsored SB21-245, a bill mandating a study of BSAR by Colorado Parks and Wildlife (CPW), which was signed into law in June of 2021.  The BSAR study and stress injury pilot program funded by this bill will continue to improve the lives of the BSAR volunteer responders across the state.  The success of this bill led to the passage of HB22-168, which directed one-time funding for BSAR, brought BSAR volunteers on par with firefighter and other EMS volunteers in terms of legal protections, and provided for higher education benefits for the dependents of BSAR volunteers who are killed or disabled in the line of duty.

“The bi-partisan sponsorship of these bills to support BSAR speaks to the importance of backcountry search and rescue to all Coloradans,” said Jeff Sparhawk, CSAR’s executive director.  “We still have a great deal of work to do in pursuit of funding and sustainability for Colorado’s BSAR community, but because of their efforts we’ve gotten off to a significant start and the entire BSAR community greatly appreciates these legislators.”

Senator Kerry Donovan was elected to the state senate in 2014 and chaired the Agriculture & Natural Resources Committee.

Senator Bob Rankin was first elected to the House in 2013, was appointed to the Senate by a vacancy committee in 2019, and was a member of Joint Budget Committee.

Representative Perry Will served in the House since 2019.  Prior to his legislative service Will worked for CPW for 40 years.

Now that the 2023 legislative session has begun and their service in the State Senate and House has  ended, we wish them great success in their future endeavors.  Please join us in thanking them.