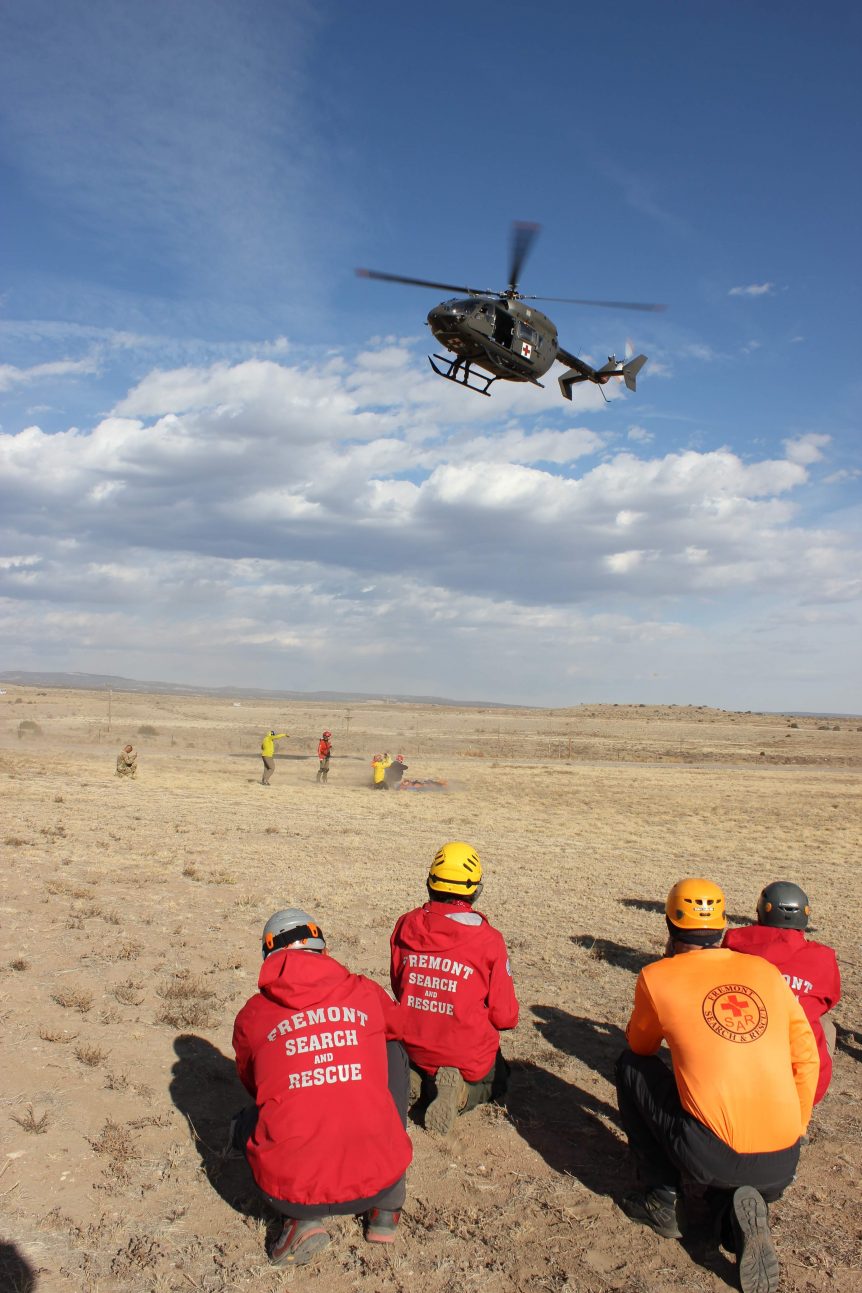 It’s been a tough year for Colorado SAR teams when you count the fatalities. There were 12 avalanche fatalities throughout the 2021/22 season, and the summer and fall climbing season saw several fatalities on mountains across the state resulting in large, dangerous multi-team search and recovery missions.

We often get questions about the role of civilians in a search for a loved one or recovery of a deceased individual.  Backcountry SAR teams appreciate the desire to help and in certain situations may accept the help of what is called a “spontaneous volunteer.”  However, this is an exception and not the rule.  The large majority of backcountry SAR incidents are completed most expeditiously and safely by highly trained and dedicated volunteer responders who serve on one of Colorado’s backcountry SAR teams.  These teams must do a careful risk analysis when it comes to recoveries, and sometimes that results in the decision that it is too dangerous to send volunteer rescuers into the field. This continues to be the case with the body of Kelly McDermott, the climber who fell on Capitol Peak in August, after three Mountain Rescue Aspen members were injured while attempting to recover his body.

At times, the loved ones of a missing or deceased person may be willing to take more risk to find them, and that has been the case several times this past year. Last December, the friends of two avalanche victims near Ophir Pass took considerable risk to locate and uncover the bodies of their friends after a search and rescue team had deemed the avalanche danger to be too high for them to field. In June, friends of Mountain Rescue Aspen member Chason Russell were authorized to recover his body after Chason died in a kayaking accident. And in September, after the search for missing hiker Vaughn Fetzer on Blanca Peak was suspended due to another rescuer injury, friends of Fetzer resumed the search and found his body.

Each of these situations had different considerations. The men who searched for avalanche victims Dr. Jeff Paffendorf and Albert Perry were experienced backcountry skiers who undertook the avalanche risk knowingly in the hope that the victims might still be alive. Once they found their friends deceased, they marked the locations, left them in place and notified the sheriff’s office. The friends of Chason Russell were expert kayakers who had technical abilities beyond what Mountain Rescue Aspen could provide, and thus were authorized by the sheriff’s office and worked in collaboration with Mountain Rescue Aspen to conduct the recovery. And the friends of Vaughn Fetzer were experienced mountaineers who understood the rockfall risk and believed they might have better luck finding him because they knew his climbing habits and abilities. Once they found him, they covered him, left him in place, and notified the authorities.

There have been thousands of backcountry search and rescue incidents in Colorado in 2021 that did not involve spontaneous volunteers.  These three cases were not the norm. In most situations, untrained civilians in the field means increased risk for everyone. Civilians in the field can result in more rockfall, more stress on an avalanche-prone snowpack, additional lost persons, additional accidents requiring rescue, and many other issues.  Having family members and roommates of lost individuals on scene may destroy or obscure clues and  increase the complexity of the scent picture for search dogs.   It is especially important for civilians to avoid the area of a backcountry rescue when there are obvious signs of an air operation involving medical transport or military helicopters.  Non-trained individuals must stay away from helicopters unless invited by flight crews.  Down wash from a helicopter and tail rotors can be especially dangerous.

It’s important for well-meaning civilians to understand that it is illegal to disturb a deceased individual  and the area around the body without proper authorization. Providing life saving medical procedures and ascertaining if someone is alive or deceased is allowed.  When a fatality occurs, law enforcement must investigate and clear it as a crime scene, and the county coroner has jurisdiction over the deceased individual, including its transport. The coroner and the sheriff’s office work together to investigate, take photos, determine the cause of death, identify the  individual and notify the family. Search and rescue teams move a deceased individual  only in coordination with the coroner and usually will  remain with that body the entire time until it is delivered to the coroner, unless rescuer safety is an issue. For friends and family of the deceased, without specific authorization of the sheriff and coroner, it would be illegal for them to disturb the area around or move the body of the deceased.

As volunteer rescuers, we understand firsthand what drives people to want to help others, and we know spontaneous volunteers have the best of intentions. We have to stay focused on our top priority, however: safety.