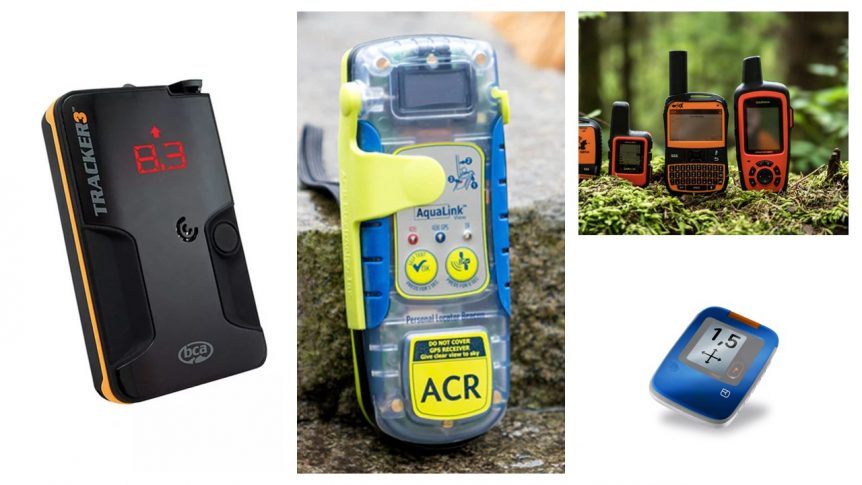 It was February of 2010, and backcountry search and rescue teams and sheriff’s offices across Colorado were getting frustrated. Repeat signals from a PLB had been received since the previous December in locations from Berthoud Pass to Crested Butte.  Each activation had caused the U.S. Air Force Rescue Coordination Center (AFRCC) in Florida to notify the sheriff’s office nearest the signal, and a search and rescue team had been called out to search for a person in distress.  Because the PLB was not registered, as required by law, the AFRCC was unable to determine who the owner was, and SAR teams had not been successful in finding anyone before the signal ceased.

Now it was February 11th, and the AFRCC had just notified CSAR’s state coordinator that the same PLB had been activated again.  It was the ninth time that winter.  As Alpine Rescue Team began to gear up a team to search Berthoud Pass, the team’s on-call mission coordinator suddenly made a decision – he would not send a team on another fruitless search.  Something was going on, but what was it?  He began to plot the points on each “hit” of the PLB signal.  Six were in the Berthoud Pass area in the late morning to early afternoon, then three more from a stationary position around 3:00 pm at the top of a chairlift in the Mary Jane area of Winter Park Ski Resort.  It had moved from Clear Creek County to Grand County, so he notified Grand County Search and Rescue.

The mystery deepened.  There were more hits throughout the late afternoon and early evening.  Now they were coming from Golden and headed toward Boulder, so Alpine’s coordinator notified Rocky Mountain Rescue Group (RMRG) in Boulder.  RMRG’s incident commander took over the lead and asked for assistance from the Boulder police department.

At around 9:00 pm, the mystery was finally solved.  RMRG found the PLB in a vehicle outside a restaurant, where the owner was having dinner after a day of skiing.  Interviews uncovered that the owner had been given the PLB as a birthday gift by a family member who knew he skied a lot, and he had never read the packaging to learn what it was.  He thought it was an avalanche transceiver, so he turned it on whenever he went backcountry skiing.  He had no idea that every time he did this he was broadcasting a distress signal to international satellites that sent the signal to the National Oceanic and Atmospheric Administration and the AFRCC. The PLB was never on long enough for his exact location to be pinpointed, and this waste of resources might have dragged on for many more weeks if it weren’t for the fact that he forgot to turn it off when he drove to Boulder for dinner that evening.

In March of 2019, Vail Mountain Rescue Group (VMRG) was alerted to a PLB activation in the area of a backcountry hut near Vail, CO.  This hut is known to have dangerous avalanche slopes nearby.  That evening, with a winter storm in progress, VMRG headed out on snowmobiles to determine the problem and rescue anyone in need.  When they arrived at the hut, they asked everyone there whether they had a PLB.  Nobody had a PLB and everyone had a “beacon or transceiver.”  Unable to locate anyone in distress, VMRG returned home.  The next morning, they were again alerted to a PLB in the same area and responded again.  This time they were able to determine that one of the “avalanche transceivers” was an unregistered PLB one of the skiers borrowed for the hut trip.  Not only did the volunteers from VMRG take the time and risk avalanche terrain to respond to this hut twice, but also, those responders were not available for other potential and real needs.  And at least one of the backcountry groups at the hut did not successfully perform an avalanche transceiver check and ensure that every person was competent to use avalanche rescue equipment.  If anyone in that group had been buried in an avalanche, their rescue efforts would have been greatly hampered.

These incidents seem to be occurring with greater frequency.  Just this year, in March of 2022, the on-call CSAR state coordinator was notified by the AFRCC of an unregistered PLB activation in Steamboat State Park in Routt County.  The coordinator notified Routt’s 911 dispatch center, and they in turn asked a state park employee to drive around the park on a snowmobile to search for a person in distress.  No luck.  The incident dragged on until 11:00 pm that night and was resumed the next morning, when new hits showed the signal to be somewhere around Steamboat Lake Lodge.  Routt County Search and Rescue was notified and they deployed a team with direction finding capability.  Their incident commander told the CSAR coordinator there was a snowmobile rally in the area, and if the PLB was on a moving snowmobile it might be tough to find.

After nearly another full day of work by the Routt team and the CSAR coordinator, the innocent culprit was found.  He had rented a snowmobile from a local outfitter along with a “safety package” that included both a PLB and an avalanche transceiver.  Not understanding which was which, he had turned on the PLB when he was out snowmobiling.

While this post is primarily intended to highlight the difference between PLBs and avalanche transceivers, both with a history of being called “beacons,” we would be remiss not to also mention two-way satellite messengers.  A few definitions may be helpful:

An Avalanche Transceiver is a device used by winter / snow travelers venturing into avalanche-prone terrain, enabling them to  be searchable by their companions. When turned on, a transceiver actively transmits a repeating signal on 457kHz.  These devices can be switched to receive / search mode so they stop transmitting but instead receive the signal from similar devices, and with proper training, lead a person to the location of the transmitting avalanche transceiver.  The transmitted signal typically can be received no further than 200 feet.  All avalanche rescue transceivers operate on the internationally recognized signal of 457 kHz.

In Colorado, cellphone coverage is non-existent in many areas.  Many people carry satellite communication devices for when their cellphones don’t work.  Personal Locator Beacons and Two-Way Satellite Messengers are the two primary forms of satellite communication devices carried in the Colorado backcountry.  Personal Locator Beacons send a distress signal to government satellites when activated.  Modern PLBs contain a GPS and also send a location.  This is simply a “help” type signal that is received by the AFRCC, who then notifies the appropriate local authorities to send rescue to that location.  PLBs have a one-time cost to purchase the unit, which must, by law, be registered.  Two-way Satellite Messengers also communicate with satellites and contain a GPS, but they communicate with privately owned satellites and allows the user to send and receive text messages from authorities and designated family/friends.  Some also allow tracking of the device.  A user must purchase a two-way satellite messenger and also purchase a monthly or annual subscription.  Often a “help” or “SOS” type signal can be easily sent and the satellite company then contacts local authorities, who send rescue resources.  These devices allow a user to check-in with family or friends to advise status but also allow rescuers the ability to ask questions to get detailed information from those requesting assistance.

Here are some takeaways: