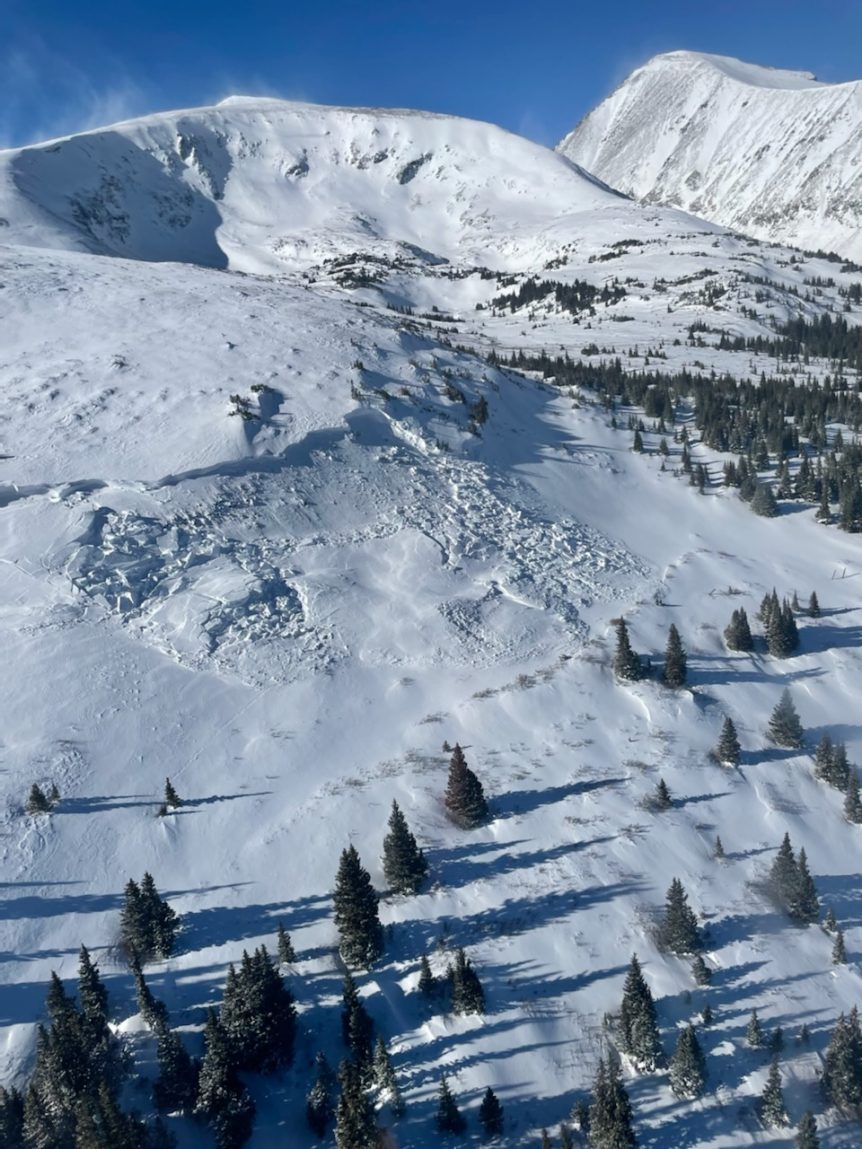 In February of 2022, CSAR announced its first-ever blog contest, open to both backcountry search and rescue members and non-members. The contest was judged by Matt Lanning of Chaffee County SAR South, Ben Wilson of Rocky Mountain Rescue Group, and Lisa Sparhawk of CSAR. This story by Joni Johns won first place in the mission story category for non-SAR members and describes a tragic incident in January of this year.

A flight to Chicago, a positive COVID test, a rental car and a 15-hour drive straight home to Colorado Springs. Followed by a five-day quarantine in a small southside bungalow.

Little wonder that Drake and Hannah heard the call of the mountains on a bright Saturday just one week into a new year. They had to go.

Drake planned to ski with friends near Breckenridge the following day. Hannah had to be home on Sunday, but what’s a four-hour round-trip drive two days in a row when the air is crisp and the snow is sparkling in the Colorado sun?

They were both avid outdoorspeople. Savvy and smart, fit and strong, well-versed in the ways of the backcountry. They both climbed mountains and Drake climbed rocks. Snowshoeing was their calmer, quieter passion.

Sunday morning, Drake didn’t show up for skiing and Hannah missed her scheduled workout. It was so unlike them that friends were instantly concerned.

The would-be skiers went on to Breckenridge, trying to believe it was all a miscommunication and Drake would meet them there.

Other friends headed to Drake and Hannah’s home, hoping to learn they had just overslept. But Drake’s car was not in the driveway. Pounding on the doors and windows got no response. There were no paw prints from their pittie, Valerie, in the light dusting of snow that had fallen overnight. Maybe they had decided to spend the night in Breck, but it seemed unlikely they would have told no one.

The Colorado Springs Police Operations Center was only a few blocks away, so the friends stopped by and were told there was nothing police could do.

Reluctantly, for fear of raising a false alarm, they contacted Hannah’s sister in Chicago and Drake’s brother in Indianapolis. Neither knew of any plans, but Hannah’s sister was able to see that Hannah’s phone was somewhere near Hoosier Pass outside of Breckenridge.

That was enough to send the friends in Breckenridge to trailheads near the pass. It was a shot in the dark, but the pair had mentioned several trails they wanted to snowshoe, so worth checking them all. They finally located Drake’s car near Hoosier Pass. It had obviously been parked there overnight.

Back in the Springs, the increasingly worried friends remembered that volunteer search and rescue groups are on standby throughout Colorado, ready to help people out of wilderness mishaps.

The immediate response: We will put together a team right now.

The trailhead parking lot quickly morphed into an emergency command center. A Flight for Life medical helicopter. Eight snowmobiles. And 33 geared-up, ready for anything humans eager to find the missing couple and their dog.

To a person, they were hyper-organized, intensely efficient and singularly focused.

“I anticipate we will find two people and a dog who are world class miserable,” the mission coordinator said.

Drake’s and Hannah’s lives could not have been in better hands.

Hours passed as searchers scrutinized what was usually a heavily traveled trail. Hope faded when a sheriff’s deputy reported spotting an avalanche near where Hannah’s phone was still pinging.

The helicopter crew spotted faint snowshoe tracks on North Star Mountain. The tracks were heading into the avalanche area.

The rescue group deployed two avalanche dog search teams and mid-afternoon, reported to Drake and Hannah’s now frantic families and friends: “An avalanche rescue dog located both snowshoers and their dog, all of whom were completely buried by avalanche debris. All were deceased.” The site was less than a mile from the parking lot.

Drake was 34. Hannah was 25. Cause of death: blunt force trauma and asphyxiation, according to the Summit County coroner.

They were the second and third people to die in an avalanche in Colorado in the 2021-2022 winter season and the only snowshoers at that point in time. In the 2020-2021 season, avalanches in the U.S. claimed 37 lives, five of them snowshoers/climbers/hikers, according to the Colorado Avalanche Information Center.

The Colorado Search and Rescue Association’s (CSAR) goal for public education is to eliminate the avoidable and minimize the unavoidable. The Summit County Rescue Group (SCRG) is one of about 50 such organizations in the State, all composed of highly trained and incredibly dedicated volunteers who answer the call for help 24/7, 365.

They also try to tell the large and growing number of people exploring Colorado’s great outdoors what they need to know to stay safe.

“After a tragedy like this, there are just two primary things we can do. We can get closure for the friends and family by bringing the deceased back to them, and we can educate the public afterwards. Winter hikers and snowshoers traveling on trails often don’t think avalanche equipment, awareness or education is needed, and they’re often right about that. But it is possible for a winter trail to travel across or below an avalanche path,” SCRG posted on its Facebook page two days after recovering the bodies of Drake, Hannah and Valerie.

Avalanches are common in the Colorado winter; avalanche rescue missions are largely avoidable when those who venture into the snowy backcountry are educated and prepared.

The morning that Drake and Hannah set out for a quiet, peaceful trek, the Colorado Avalanche Center published this warning on their website:

“In the Central and Southern Mountains it is getting harder to trigger an avalanche, but if you do it will be both large and destructive.”

The Center rated the backcountry avalanche danger in the area that day as “considerable.” The weather was “stormy, snowing and very windy with extremely limited visibility.”

We can only assume that, like many other seasoned winter trekkers, Drake and Hannah did not know they were at risk.

“It is easy to imagine how the pair went out for a casual snowshoe with their dog and unknowingly hiked into avalanche terrain and a very dangerous situation,” the Avalanche Center noted in its incident report.

Drake’s and Hannah’s families and friends owe a huge debt of gratitude to the Summit County Rescue Group volunteers who risked their own well-being even when it was clear the mission would be a recovery, not a rescue.

SCRG members communicated with honest and compassion throughout the search. When the bodies were located, it was SCRG members who broke the horrific news to the victims’ families.

The avalanche that claimed Drake and Hannah was a formidable force of nature. The volunteers who located and recovered their remains are an equally formidable force that comprises the very best of human nature.

That January day and every day that they answer a distress call, they set aside their own self interest and act with honor, compassion and bravery to help people they have never met.

They earn no monetary compensation, but they frequently pay a significant price: frostbite, lacerations, fractures and heartbreak.

They don’t read victim obituaries because it’s just too painful. Summit County Rescue Group is participating in a pilot mental health program to help members manage their own and their team’s stress response, as well as learn best practices for major incident support.

The families of both Hannah and Drake have asked that people wishing to honor and remember the couple donate to SCRG, one of more than a thousand search and rescue groups nationwide.

Everyone who loves Colorado’s mountains, trails and streams should support search and rescue, which responds to thousands of calls and provides hundreds of thousands of volunteer hours every year.

It is literally the least each of us should do.